Lok Sabha elections are around the corner. Political parties are all geared up for it.  Everywhere we can see the preparations of the upcoming 17th Lok Sabha Elections of 2019 that is going to be held nationwide in the month of April. But what are the basics of Lok Sabha Elections? Are you aware of it? What are the Time, Procedure, Schedule, Affirmations, Campaigns, Voting Procedure about the Elections? While preparing for any competitive exams, one you should get through with General Knowledge. Houses of parliament is an integral part of it. 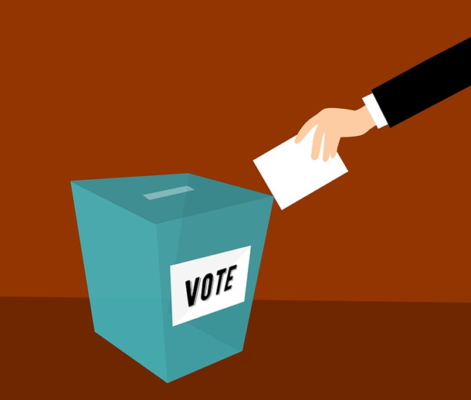 Today, we will discuss the in-depth study, format, procedure, and process of the Lok Sabha Elections. How they take place and what are the important elements of the elections.

We are aware that in general, Lok Sabha Elections takes place every 5th year. But here important point to note about the timings of election is that the President has the power to dissolve the Lok Sabha, and can make a call for General Lok Sabha Elections even before the 5 years terms.

Either in the case of completion of the 5-year term limit or in the case of legislature getting dissolved early by the president the Election Commission calls for the new General Elections. According to the Constitution of India, the time between the last session of dissolved Lok Sabha and the recalling of the new house cannot be longer than six months.

The Election Commission has to announce the schedule of the Elections in a Press Conference before the beginning of the formal process of Election.

The Formal process starts with the notification calling upon the Electorate to elect members of a house. That very moment notification is issued, the candidates can start filing their nominations form which so ever constituency they wish to contest. After the nominations are filled they are scrutinized by the Returning Officer. It is important to note here that the validly nominated contestant can withdraw their name within two days from the date of Scrutiny.

Polling is held on a number of days for the national elections. A separate date for counting of votes is fixed and the results are declared for each constituency by the concerned Returning Officer. For any particular election, the authorized persons are principally the Returning officer and the assistant Returning officer for the constituency.

The campaign is the period when the political parties put forward their candidates and arguments with which they hope to persuade people to vote for their candidates and parties. During the election campaign, the political parties and contesting candidates are expected to abide by a model code of conduct evolved by the Election Commission on the basis of a consensus among political parties. The model code basically lays down the guidelines about how to conduct oneself at the election campaigns. Once an election procedure has been initiated the parties issue manifesto detailing the programmes they wish to implement if elected.

After candidate nomination has been filled and completed, the Returning Officer makes a list of competing candidates and ballot papers were printed with names and symbols allocated to the candidates.

In our country voting takes place by the method of secret ballot and polling stations are set up in most public institutions.=Election Commission make sure that there is a  polling booth at a distance of every 2kms. Each polling booth is operational for almost 8 hours.

On entering the booth first of all the voters are checked as per the electoral roll, and allowed a ballot paper. Then the voter cast’s its vote secretly according to their own choices inside the screened compartment of the polling booths. After casting of the vote the voter folds the paper and insert it in a common ballot box. Since 1998, the commission has started using EVMs instead of ballot boxes. But it was the 2004 Lok Sabha Elections in which EVMs fully replaced the ballot boxes.

After the polling, the votes are counted under the Returning officers Supervisory. After the counting returning officer declares who got how many votes. Elections to the Lok Sabha are carried out using a first past the post electoral system

This is how the whole process of Election takes places and we cast our important votes. Also, in order to bring as much transparency as possible, the media is provided with facilities to cover the elections and to spread awareness about the elections.

What is the Financial Emergency: A brief explanation

What is the Legislative Council & how does it work?

Bodo Accord – The Historic Bodo Agreement and the key details

891 thoughts on “Election 2019: Understanding the process of Indian elections”