There are so many rivers all over the world. The rivers are determined by its length. The river Nile is the Longest river in the world measuring 6695 kms while the Biggest river in the world is the Amazon with an average of  120,000 cubic metres of water flows out of its mouth every second. Let us look at important rivers in India with some interesting facts and figures about it. 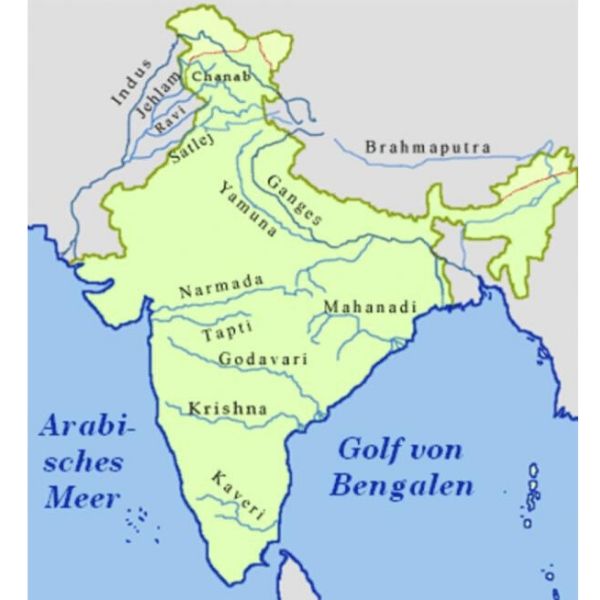 Ganga river is the Holy river of Hindus. It rises in Gangotri glacier of the Great Himalaya. Above Devaprayag it is called as Bhagirathi since King Bhagirath was responsible for bringing it from the heavens to the earth and below it is referred to as the Ganga. It pours into Bay of Bengal covering a total length of 2,525 k.m. It is ranked 3rd largest river in the world. It has also created world’s largest delta in West Bengal named as Sunderban Delta.  The part of the River Ganga which flows into Bangladesh is known as Padma. Ganga river is the home for fresh water dolphins 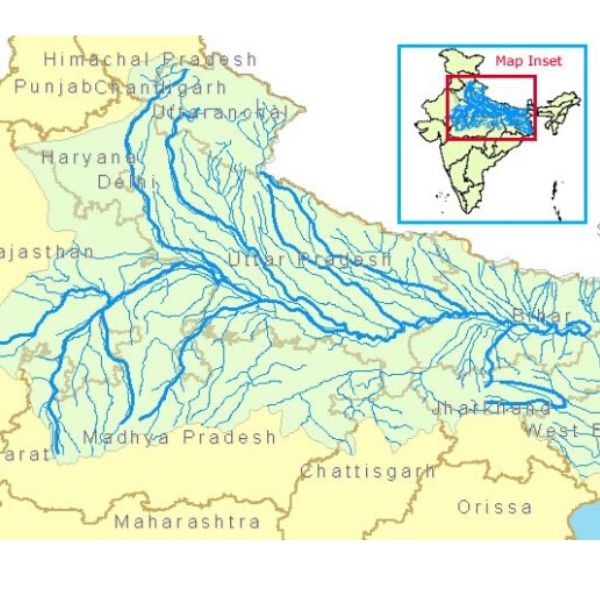 The Yamuna rises from the great Himalayas. The rise of Yamuna river is from the great Himalayas, it is one of the longest rivers of the country, emerging from the glacier known as Yamunotri that has a height of 6,387m that travel through Uttarakhand to Allahabad, where the Kumbhmela is held after every 12 years and then merges into the Ganga at Triveni, Allahabad. Its total length is 1376 km. Yamuna River’s water contributed nearly 70% of Delhi’s water supply. The Taj Mahal is situated on the banks of Yamuna River. 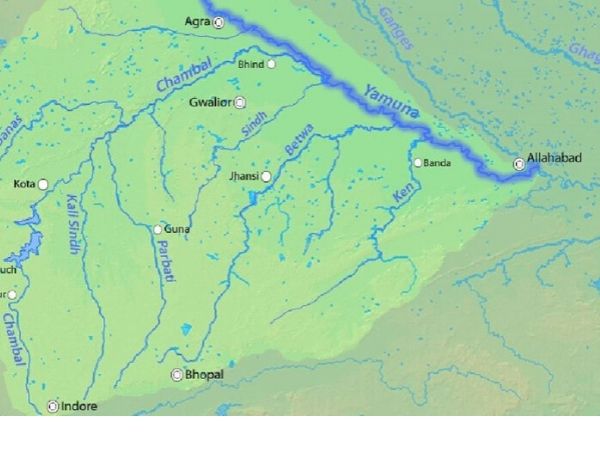 The Brahmaputra originates in the Angsi Glacier in the Himalayas, and flows through Tibet (an autonomous region of China), India, and Bangladesh, before emptying itself into the Bay of Bengal at the Ganges Delta.Its length is around 2900 k.m. The Brahmaputra is known by different names in different regions. It is known as the Yarlung Tsangpo River in Tibet, the Brahmaputra, Lohit, Siang, and Dihang in India, and the Jamuna in Bangladesh. The Brahmaputra is considered the fifth strongest river in the world in terms of flow rate. It has an average discharge of 680,000 cu ft/s. In 2014, China operationalized the Zangmu Dam in Tibet as a part of the Zangmu Hydropower Project. It is the first major dam on the Brahmaputra. 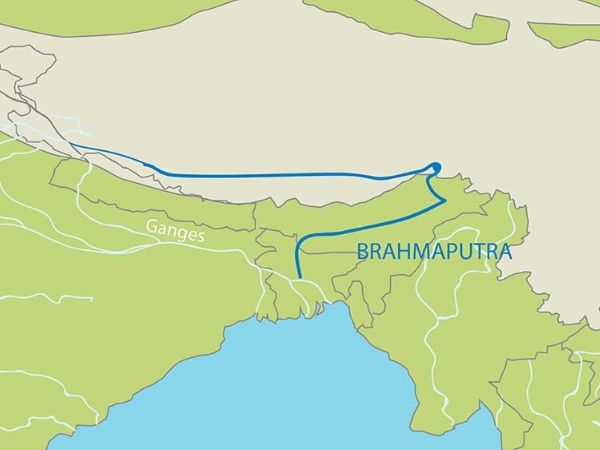 The Indus River flows from Tibet, into Jammu and Kashmir(India) and the rest of Pakistan. The river is the greatest river on the western side of the subcontinent, and is one of the seven sacred rivers of Hindus. It was the birthplace of the early Indus Valley civilization.The total length of the river is 3,180 km (1,980 mi). It is Pakistan’s longest river. 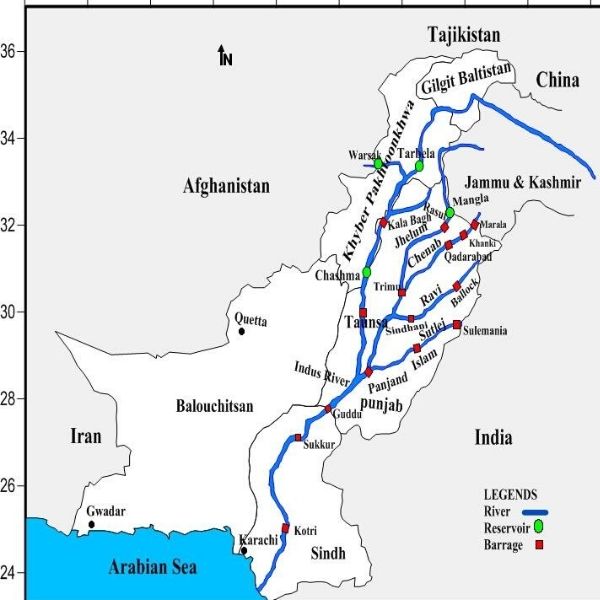 The Jhelum River is a river of northwestern Indiaand eastern Pakistan.  It is the westernmost of the five rivers of Punjab, and passes through Srinager District. It is a tributaryof the Indus River and has a total length of about 725 kilometres (450 mi). The river has rich power generation potential in India. Mangla Dam, completed in 1967, is one of the largest earthfill dams in the world, with a storage capacity of 5,900,000 acre feet.

With a length of 1465 Kilometers, Godavari is India’s second largest river that runs within the country and also the longest river in South India. Godavari river originates at Brahmagiri mountain,Nashik and drains into Bay of Bengal at Antarvedi,Rajamundry. Godavari river is of 1465 km in length. The river is also known as Dakshin Ganga and Gautami. The Krishna Godavari Basin is one of the main nesting sites of the endangered olive ridley sea turtle. The Godavari is also home to the endangered fringed-lipped carp.Godavari river basin is rich in mineral deposits of oil&gas,coal, iron, manganese,bauxite. 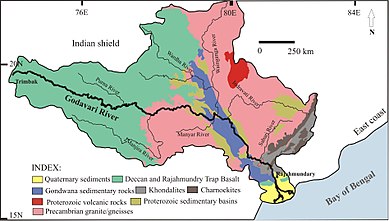 River Sutlej originates at an altitude of 15,000 feet and flows for 1,550 kms. The Sutlej River is also known as Satadree. It is addressed as Shatarudra by the Gorkhalis. In Tibet, it is called the Red River. Sutlej is a very fast flowing river and has been tapped for power generation at many places in HP. Sutlej played a major role in the ancient civilizations located in Tibet. All along the bank of this river, there is rich cultivation of fruits such as grapes, apples and apricots.

The Krishna River is the fourth-biggest river in terms of water inflows and river basin area in India, after the Ganga, Godavariand Brahmaputra. The river is almost 1,400 kilometres. The river is also called Krishnaveni. It is one of the major sources of irrigation

for Maharashtra, Karnataka, Telangana and Andhra Pradesh. Wide spread area near to the Krishna river holds the rich flora and fauna. The last surviving Mangrove forests in the Krishna estuary have been declared as the Krishna Wildlife Sanctuary. The sanctuary is the home to the large number of resident and migratory birds. Fishing cat, otter, Estuarine crocodile, spotted deer, sambar, black buck, snake, lizards and jackal can also be spotted in the sanctuary. The sanctuary also supports rich vegetation with plants like Rhizophora, Avicennia, and Aegiceros.

The Kaveri river also known as Cauvery with total length of 800 km and enters in Bay of Bengal. Kaveri river is as considered as one of the largest rivers in South India. Krishna Raja Sagara Dam considered as the Largest dam in Kaveri river, located in Karnataka. Cauvery river makes beautiful waterfall on the Karnataka – Tamil Nadu border called Hogenakal Falls which is also considered as “Niagara of India”. 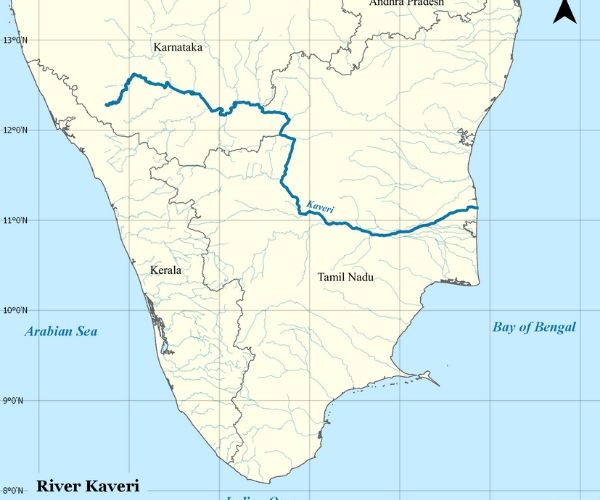 The Narmada, also called the Rewa, it is in central India and the fifth longest river with length of 1,315 km. It originates from Narmada Kund located in Madhya Pradesh. It is closely associated with Lord Shiva. 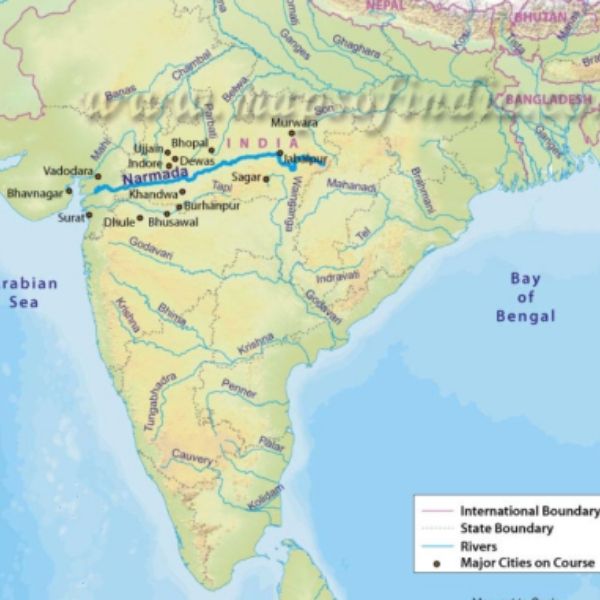 Tapati, Tapti, Tapee, Taapi are the other names used for the Tapi river in India.  The total length of the Tapi river is approximately around 724 km. It flows in the central part of India. The river originates from the Betul district of Madhya Pradesh in the Satpura range at an elevation of 752 meter above the sea level. It is the only river after Narmada which flows from east to westwards and falls into Gulf of Khambhat. Tapi river also known as Tapti is the daughter of Surya (the Sun God). Tapti River near Surat was once used as a place of halt for the people going to the Mecca. The river was also used as a port for the purpose of international trade. Ukai Dam’ also called as ‘Vallabh Sagar’ constructed on the Tapti River is the second largest reservoir of Gujarat.

Also named as Saptakoshi or Sapt Koshi. The River is famous for being one of the biggest tributaries of the Ganga. Kosi river rises from the peak of Nepal, Tibet and Sikkim formed by the confluence of the Son Kosi, the Arun Kosi and the Tamur Kosi with length of 730km.It flows through eastern Nepal, enters Bihar in Saharasa district and joins the left bank of Ganga below Bhagalpur (Bihar). The river is notorious for shifting its course and causing floods, thus often termed as the ‘Sorrow of Bihar. The Koshi Tappu Wildlife Reserveand The Sagarmatha National Park are situated on the riverbanks of the Kosi River: The jungles in Sagarmatha National Park are home to 118 different varieties of birds, which include Blood Pheasant, Himalayan Monal, Alpine and Red-billed Chough. The park also houses a range of endangered species, which includes Wild yak,Musk deer,Asian Black Bear,Snow leopard,Red panda,Deer,Himalayan thars,Hares,Langur monkeys,Martens,Mountain foxes and Himalayan wolves. The higher catchment basin of the Dudh Kosi River is situated in the park. 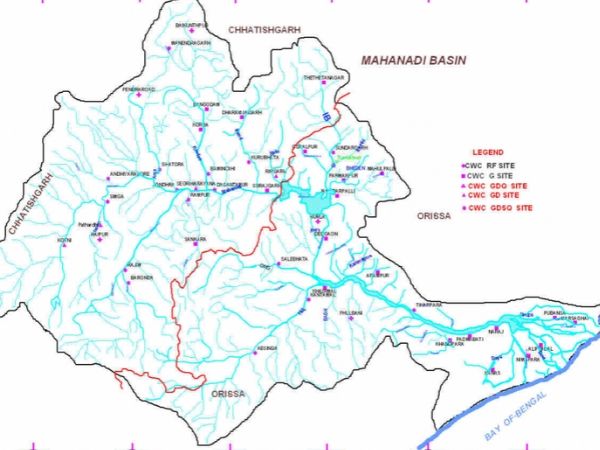 The river originates from the Aravalli mountain ranges in Rajasthan and gets gets drained in Gulf of Khambhat of the Arabian Sea  and that the length is 371 km. Mahatma Gandhi established its ashram as his home on the banks of Sabarmati River. There are several dams which are built on Sabarmati River like Dharoi Dam, Hathmati Dam and Guhai Dam. The National Water Quality Program has declared Sabarmati as one of the most polluted rivers of India.

The Western Ghats and Tourism: Important Notes for exams

INTERPOL – What is Interpol and what is its structure?