Every year to pay homage to Mahatma Gandhi, “Martyrs Day or Shaheed Diwas” is celebrated on this day.

On Friday, 30th January 2021, people across India, observed ‘Martyrs Day’  also known as ‘Shaheed Divas’ in Hindi, on the 73rd death anniversary of Mahatma Gandhi. Gandhi, who is accredited with the title of “Father of the Nation” was assassinated and killed by Nathuram Godse on 30th January 1948.

Mahatma Gandhi’s full name is Mohandas Karamchand Gandhi. He was born on 2nd October 1869 in Porbandar, Gujarat. Mahatma Gandhi completed and obtained his Higher Education in England before returning to India and fighting the war of independence against the British rule. He also brought up “Ahimsa or Non-Violence” in India and started a strong stand of non-violence towards the British protests. His principles are being followed all around the world and are described as a manual for ‘living the right way’. Mahatma Gandhi was given the title of ‘Baapu’, He was an admirable person who emitted honesty, non-violence and simplicity.

Gandhi was assassinated and killed by Godse at the evening prayer meeting held at Birla House in Delhi. Godse shot Gandhi 3 times on his chest and abdomen and killed him. The entire world was shocked by this incident. Godse was eventually captured and sentenced to death. Godse claimed that Gandhi was responsible for the division and partition of the country. 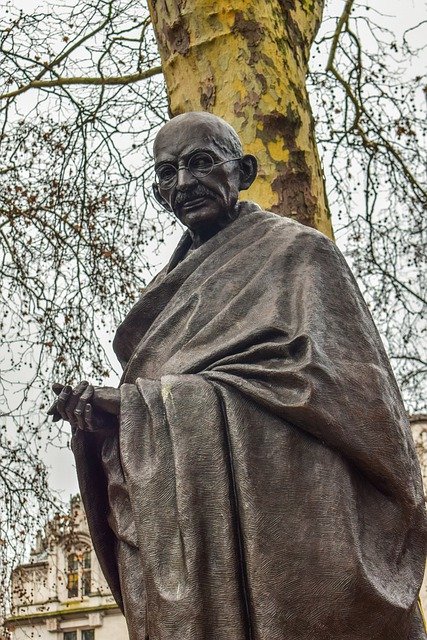 Every year on 30th January, the President, the Vice President, the Prime Minister, the Defense Ministry and the three Service Chiefs (Army, Air Force, and Navy) lay wreaths made of multicoloured flowers and pay homage at his Samadhi at Raj Ghat in Delhi. At 11 a.m., the entire nation observes a two-minute silence in commemoration of Indian martyrs.

“Satya Aur Ahimsa” are the fundamental principles of Mahatma Gandhi. Mahatma Gandhi was one of the leading members of the Indian Independence movement. These were the two principles which acted as a tool to provide freedom for this country with the assistance of many other freedom fighters, such as Vallabh Bhai Patel, Subhas Chandra Bose, Lala Lajpat Rai, Jawaharlal Nehru and Gandhi.

As we pay homage to the iconic leader here are a few lesser-known facts about Mahatma Gandhi.

Let’s have a look at some of the inspirational quotes by Mahatma Gandhi: