Know About the Constituents and Structure of an Atom!

We often discuss the highest, largest, tallest, and superlatives during our daily conversation but we forget about what is the smallest basic constituent of a substance. In other words, we can say that many times, we don’t have the basic idea of an atom. Today, we will discuss what are the constituents and structure of an atom.

What is an Atom?

While defining Atom we can say that an Atom occurs when Electrons, a compact nucleus of protons and neutrons altogether combines to form the smallest constituent unit of any matter that contains the characteristics of a chemical element. Here it is important to note that neutralized or ionized atoms are present in every solid, liquid, gas and plasma. 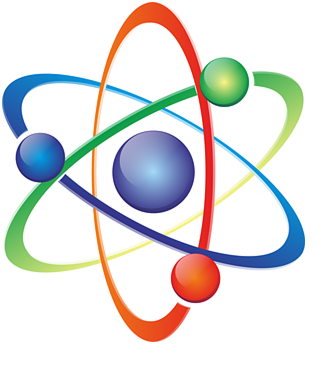 Structure of an Atom

The mass of an atom is present in the center called a Nucleus where Protons and Neutrons reside. And the space present in atom other than the Nucleus is occupied by the Electrons where it revolves which sometimes called Extra Nuclear Space. Shell is the path where an electron completes its orbit. These shells are in the alphabetical order K, L, M, N where K is the very nest shell to the nucleus whereas N is the outermost. Further, these shells have their subshells or orbitals where the distribution of electrons is known as Electronic Configuration.

The number of positive charges carried by the nucleus is called as Atomic Number which is presented by the symbol Z. The atomic number can also be referred to as the number of protons or number of electrons present in a neutral atom.

The total number of protons and neutrons available in the atom is termed as the mass number of an atom.

Are those chemical elements that possess the same chemical properties but differs in mass because of having the same number of protons and electrons but a different number of neutrons.

If an atom has the same mass number but a totally different atomic number, we can say that both the elements are isobars for e.g 40S, 40Cl, 40Ar, 40K, etc.

Isotones are nuclides of atoms which differs in atomic number and atomic mass but posses the same number of neutrons for e.g.  We can say that chlorine-37 and potassium-39 are isotones, since the nucleus of chlorine consists of 17 protons and 20 neutrons; whereas the nucleus of potassium contains 19 protons and 20 neutrons and they both are having the same numbers of neutrons here.

Those molecules or ions have the same number of atoms and electrons are known to be as Isosteres for e.g Benzene (C6H6) and Borazine (B3N3H6) both contains 12 atoms and 42 electrons.

Have a news story, an interesting write-up or simply a suggestion? Write to us at owntv.01@gmail.com

6,706 thoughts on “What is an Atom? Understanding its constituents and structure”