Nawab Mohammad Mansoor Ali Khan Siddiqui Pataudi or Mansur Ali Khan was a well-known Indian cricketer and was also once the captain of the Indian cricket team. He was also called ‘Tiger Pataudi’. Mansoor Ali Khan was born on the 5th of January 1941 in Bhopal, India. He was the son of Sajida Sultan and Iftikhar Ali Khan who was a cricketer himself too. Mansoor Ali Khan succeeded his father Iftikhar Ali Khan and became the 9th Nawab of Pataudi. From 1952 to 1971, he was the Nawab of Pataudi until the 26th Amendment to the Constitution was made. He was considered as the “best fielder in the world” and also “India’s greatest cricket captain”. He became the captain of the Indian Cricket Team at just the age of 21. He got married to Sharmila Tagore on 27th of December 1969 and passed away on 22nd September 2011 due to respiratory failure. His burial is at Pataudi which is located near Delhi.

Read more: History Of 4th January – Take a look at some of the noteworthy happenings that occurred on this day 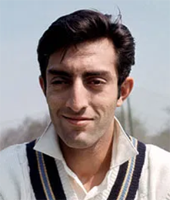 The Golden Gate Bridge spans the Golden Gate and is a suspension bridge that connects the San Francisco Bay and the Pacific Ocean. Earlier, there was only one practical route between Marine Country and San Francisco Bay which involved travelling through a boat. The bridge was designed by an American structural engineer, Joseph Strauss in the year 1917. It was declared by the American Society of Civil Engineers as one of the Wonders of the Modern World. The bridge is 8980 ft and 2.7 km long. The construction of the bridge started on January 5, 1933, and ended on April 19, 1937. The bridge was opened on 27th May 1937.

Shah Jahan is also known as Shahab-uh-din Muhammad Khurram was the 5th Mughal emperor whose reign started from 1628 and lasted till 1658. His architectural intelligence is still cherished and recalled to date. During the time of his reign, he reached the absolute peak of displaying Mughal architecture. He is known worldwide for his various architectural creations, especially for the Taj Mahal located in Agra, which he created in order to entomb his beloved wife Mumtaz Mahal. He was born in Lahore (now in Pakistan) on 5th January 1592 and was the third and most contempt son of Jahangir. He died at the age of 74 in Agra on 22nd January 1666.