Natural Phenomenon of Light and how does it happen?

This article aims to delve into light and its phenomenon from the perspective of the SSC CGL/CHSL, banking and Railways examination.

The branch of physics that studies the behavior and properties of light is called Optics. 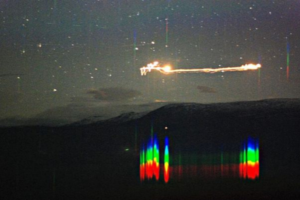 Light is a form of energy which enables human beings and creatures to ‘see’ things. When light is emitted or reflected from an object, it enters our eyes and an image gets formed on the Retina which is perceived by our brain as an image of what we see.

Light exhibits properties of both waves and particles.

Light travels at a speed of 3 x 108 m/s. No energy is said to travel faster than light.

Light is able to travel through vacuum.

Transparent objects are those objects which allow most of the light to pass through them. E.g. Glass

Translucent objects are those objects that allow light to partially pass through them. E.g. Butter Paper

Opaque objects are those objects that do not allow light to pass through them. E.g. rocks

Reflection of light- when light hits an opaque object and is unable to pass through it, the rays of light bounce back from the surface of the material. This phenomenon is called reflection of light.

Plane mirrors refers to a glass which has 1 side that is covered with highly reflective material. The rays of light pass through the glass but get reflected by the reflective surface. The reflected rays form an impression of the object that is called an image. In case of plane mirrors, the image is of the same size as the object but laterally inverted and hence, plane mirrors are used widely in the fields of beauty, solar energy, etc.

E.g. the movie we see is projected on a screen in the theatre and hence, the image produced on the screen is called a real image.

Image formed by the mirror is perceived by the eyes but cannot be captured on a screen and hence, the image is a virtual image.

In a spherical mirror, if the reflecting surface is the inside of sphere, it is called a concave mirror.

Concave mirrors show an enlarged image and are hence used in headlight of cars, torches, etc.

In a spherical mirror, if  the reflecting surface is the outside portion of the sphere, it is called a convex mirror.

The convex mirror shows a smaller image of the object and but cover more area and are used in side view mirrors of cars, at turning mirrors on sharp bends, etc.

The distance of an image is calculated using the formula,

This is why light is visible to us 2 minutes before actual sunrise and 2 minutes after actual sunset.

Lens is a transparent material which has at least 1 curved refracting surface and the refracting index of the material is different than that of its surroundings.

Lens Formula – if an object is placed at a distance U from the optical center of a lens and its image is formed at a distance V, then the lens will have a focal length of F.

Power of a lens is said to be 1/F and its S.I unit is diopter.

Farsightedness or hypermetropia is a condition where the eye forms images beyond the retina. Glasses with convex lens are worn by people with this condition so that the image is formed directly on the retina.

Astigmatism refers to a condition where the cornea of the eye of a person isn’t perfectly round and has abnormal curvature. Cylindrical lens are used to fix this problem

Dispersion of light is a phenomena where white light or the sunlight passes through prism and breaks into its 7 components namely violet, indigo, blue, green, yellow orange and red (VIBGYOR) that are collectively called the spectrum.

A Rainbow is formed due to dispersion, refraction and reflection of sunlight.

The color blue disperses the most and due to its short wavelength and hence, the sky appears to be blue in color

The sun looks red during sunrise and sunset as the least scattered light reaches our eyes during this time.