The criticism that the Simon Commission Report has faced. Leading to boycott of the Commission from the Indian Leaders.

John Simon and his members visited India twice in 1928. His first visit was from February 3 to March 31, 1928, and the second visit was from October 11, 1928, to April 13, 1929. During their first visit, John Simon and his team examined the relevant data that the government was able to provide them. During their second visit, they explored and visited different parts of the country. On April 13, 1929, the entire team went back to England.

Read more: 62 years since “Woman of the Millennium” – Indira Gandhi, sworn in as president of Indian National Congress

These Simon Commission delegates have produced unforeseen consequences on the ground, with negative responses from prominent politicians such as Jawaharlal Nehru, Gandhi, Jinnah, the Muslim League and the Indian National Congress. As they were not taken into trust while the report was being formulated. To solve the situation, the viceroy Lord Irwin, announced an offer of a ‘Dominion Status’ for India in October 1929 AD and invited Mahatma Gandhi for the round table conference to discuss the future constitution.

Recommendations given by the Simon Commission

Impact of the Simon Commission on British India 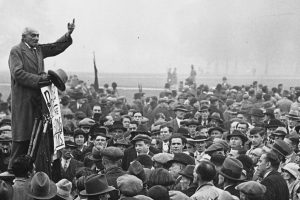 What led to the boycott of the Simon Commission?

The Madras Congress, chaired by Dr M.A.Ansari, adopted a resolution declaring the fulfilment of complete independence as the objective of the Indians. The proposal has been processed by Nehru and supported by S. Satyamurty. In the meantime, an organisation called the Indian Independence League was established demanding complete freedom. The Indian Independence League was led by several powerful leaders, including Jawaharlal Nehru, Subhas Chandra Bose, Srinivas Iyenger, Satyamurty and Sarat Chandra Bose, the elder brother of Subhas Chandra Bose.