White Revolution in India: Everything you need to know

Read more: Five-Year plans in India and their importance 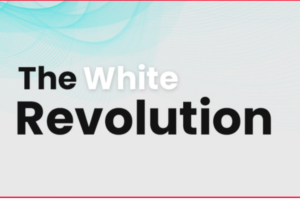 How it began and what was the need?

The post Independence era saw India crying for milk.  When colonial rule ended, India was left crippled with low production capacity and there was no technical knowledge on how to do it. Apart from it, the partition also left a major impact on the economy as there was a political and military crisis.  India needed help, and then the idea of the white revolution came into effect.  In the year 1964- 65, the Intensive Cattle Development Program was given to cattle owners to initiate the white revolution in India.

Who was the father of the white revolution?

Dr. Varghese Kurien is known as the white man of India aka father of the white revolution.  He led India away from less productivity, breaking conventional barriers of caste and gender parity, he also helped in mass production of milk. 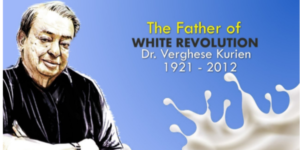 What was the operation flood?

The World’s largest dairy –agricultural development program which was known as operation flood completely transformed India. A nation which was crying for milk became one of the largest milk producers in the world.  The operation flood was initiated by the National Dairy Development  Board to speed up and create a larger impact of white revolution.  Notably, operation flood created a national grid linking producers throughout India in more 700 towns and cities. It reduced the seasonal price variations while ensuring that producers get the maximum share of sell, by cutting out the middlemen.

Important key features of the White Revolution that you need to know :