Introduction of NITI Ayog in India: Understand its Aims & objectives

NITI Ayog stands for National Institution for Transforming India. It is a policy think of the government. It was established with the aim to achieve sustainable  development goals with cooperative federalism by fostering state governments of India in the economic – policymaking process.

Read more: Five-Year plans in India and their importance

Read more: Nutrition in Animals- How their digestive system works? 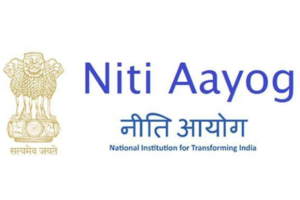 When was NITI Ayog established?

The NITI Ayog was established on January 1, 2015. Notably, NITI Ayog replaced planning commission in India.  The decision was taken after extensive consultation across the spectrum of stakeholders, including state governments and domain experts.  Notably, it was started by NDA  ( National Democratic Alliance) and came into effect after the announcement of Prime Minister Narendra Modi in 2014.

What are the functions of NITI Ayog?

NITI Ayog was introduced to replace the five-year plan programme in India. The main difference between NITI Ayog and Planning Commission of India  is as follows:

1.NITI Ayog calls for greater involvement of states whereas planning commission looks top to bottom with one size – fits – all plan.

Who is the current deputy chairperson?

Who was the first vice-chairman of NITI Aayog?

Arvind Panagariya was the first vice-chairman of NITI Aayog and he served it from 2015 to 2017.