The Battle of Sobraon was fought on 10th February 1846. The battle was fought between the British army and the Sikh Khalsa army. This war is considered as the 4th, final and conclusive struggle of the First Sikh War. The British won the battle successfully and the First Anglo-Sikh War was suspended. The first Anglo Sikh  War began in 1845.

Background of the battle 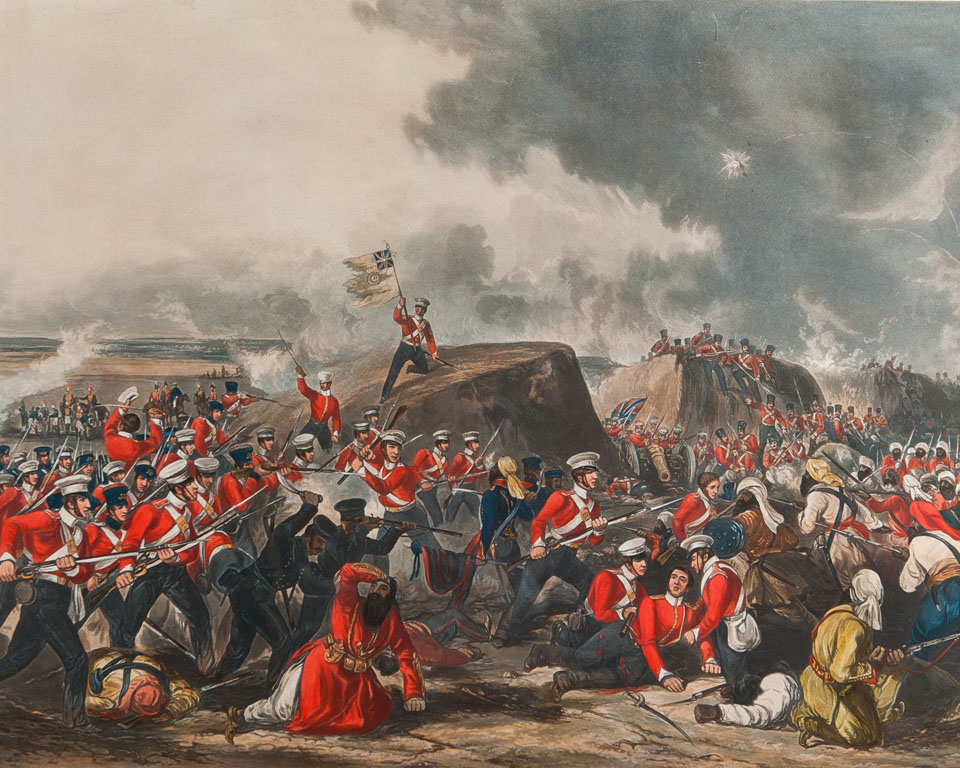 The British were led by Bengali Army Commander-in-chief Sir Hugh Gough in the battle of Sobraon. Sardar Tej Singh, Sardar Lal Singh and Sardar Sham Singh Attariwala were among the commanders of the Sikh side.

As Smith’s division entered Ludhiana, Gough intended to assault the Sikh army but Hardinge compelled him to wait until he had received a heavy artillery train. Finally, early on 10 February, he went forward. Heavy fog prevented the start of the struggle but 35 British heavy weapons and burglars opened fire as the fog lifted. The cannon of Sikh responded back too. The bombing lasted two hours without great impact on the defences of the Sikh.

On the suspected grounds it was noted that one of the Sikh’s engineers blew an attack on garrisons and British cavalry and horse-riding artillery pushed it into the middle of their position. Tej Singh left the battlefield soon. In several accounts of Sikh, it is alleged that he intentionally weakened the pontoon bridge, put the boat loosely into the middle and instructed his artillery to shoot at the bridge on the west bank to escape British persecution.

British sources say that the bridge collapsed under the pressure of the numbers of soldiers trying to escape across it, having been weakened by the flooded river. The bridge collapsed, trapping nearly 20,000 of the Sikh Khalsa Army on the eastern side. None of Sikh’s stranded soldiers wanted to give up. Many of the soldiers, including Sham Singh’s leader, fought to the death. The Sikhs have lost some 10000 men and 67 guns after the fierce war was fought and firing ceased. The British have been killed by about 230.

Result of the war

For the British, it was a convincing victory. The First Anglo-Sikh War ended here. The Lahore Treaty was concluded between Governor-General Henry Hardinge and Maharaja Duleep Singh, the King of the Sikh Empire, who was 7 years old on 9 March 1846.

Gulab Singh, the central durbar of Punjab was nominated to negotiate the terms of surrender. The Sikhs surrendered the valuable land of the Bist Doab (between the Beas and Sutlej Rivers) to the East India Company under the Lahore Treaty and granted British citizens subordinate to Lahore in many other major towns. This agreement substantially reduced the ownership of Sikh’s territories and also gave them freedom to Gulab Singh’s Raja, who acknowledged Kashmir by paying 750,000 pounds to the East India Company. In the Lahore Durbar, a British resident was to be appointed.