There are so many things to learn from Subash Chandra Bose, here are a few interesting facts to know about him

Today, we will look back at  the accomplishments of one of the bravest freedom fighters of India, Subash Chandra Bose, who is also called as ‘Netaji’  by his admirers.

The most famous freedom fighter, Subash Chandra Bose, was born on January 23, 1897, which is now celebrated as Netaji Subhash Chandra Bose Jayanti.  He hailed from Cuttack, Orissa Division, Bengal Province and won the hearts of whole India from his unselfish and benign deeds.  He was the son of Prabhavati Dutt Bose and Janakinath Bose. 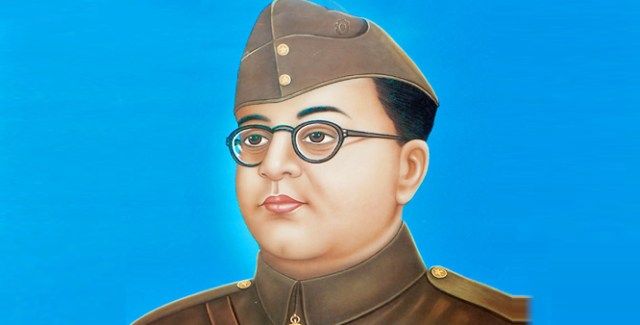 He studied in London and by the dint of his diligence and hardwork, he was selected for ICS examination but resigned the offer as he believed he couldn’t work with the Britishers.

In 1921, Bose worked for Chittaranjan Das, a powerful political figure in Bengal. In Das’s newspaper, ‘Forward‘, he worked as an editor and later started his newspaper, Swaraj. He also served as the Chief Executive Officer of the Calcutta Municipal Corporation, with Das as mayor of Calcutta. He was proudly called as a vigilant and charismatic youth icon in the Indian National Congress. During his journey to England, Germany and various other foreign lands, Bose got arrested countless times for his association with the Revolutionary movement.

During his middle age, he met many European politicians, including Benito Mussolini and in this period, he keenly observed every aspect happening around him, and decided to put down his experience in a book. Thus, the first part of his book The Indian Struggle came where he covered the country’s independence movement in the years 1920–1934.

After serving for many years, Bose is allegedly said to have died from third-degree burns when his plane crashed in Taiwan on 18th August 1945, two years before the Independence. Bose’s ashes are kept in the Renkōji Temple in Tokyo. Netaji Subhas Chandra Bose’s contribution to India’s independence was incredible.

Do you know how he got the title ‘Netaji’?

In 1942, he got the honorific title ‘Netaji’ (meaning “Respected  Leader” in Hindi), in Germany by the Indian soldiers of the Azad Hind Fauj or the Indian National Army and by the German and Indian officials in the Special Bureau for India in Berlin.

Bose gave a very  famous for the slogan he said, “Give me blood, and I shall give you freedom!” as well as “Jai Hind. ”  He is considered to be the first man to call Mahatma Gandhi “Father of the Nation”.

However, Netaji’s family refused to receive the award on the ground that it may be “interpreted as a slight to his memory”, according to an internal note prepared for information to the Prime Minister, instead they demanded that the mystery of his disappearance to be solved first.