Understanding Article 370 and Article 35A in simple words 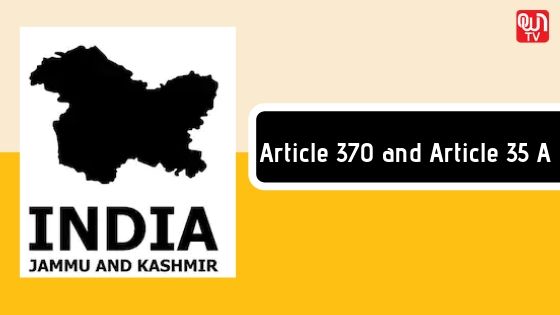 Kashmir was a princely state under British order before independence. Though the country became independent in 1947, the then King of Jammu and Kashmir, Raja Hari Singh decided not to join the Indian union and wanted to keep his principality as an independent state.

Later, a part of Kashmir was invaded by Pakistan on October 1947 which lead to the formation of POK – Pakistan Occupied Kashmir. To deal with this situation, Maharaja Hari Singh, on October 26, 1947,signed the “Instruments of Accession of Jammu and Kashmir to India” PM of India, Pt. Nehru.

With this agreement,the state surrendered three subjects (defence, communication and external affairs) to the dominion of India.

Article 370 came into implementation in November 1952. This law disallows any citizen of the other Indian states from buying any property in this state. The fundamental right to property is still in force in this state. The citizens of J&K have two citizenships, one of India and one of the State of Kashmir. No other state of the country is allowed to have two citizenships.

The President of India does not have the power to declare financial emergency in this state, only the central government can impose emergency in a situation of war and external invasion. There are several other provisions which are keeping Jammu and Kashmir state at a different as compared to the other states of the country.

Article 35 A is an offshoot to the Article 370. According to Article 35 A of the Indian Constitution, it allows the State legislature of Jammu and Kashmir to define the “permanent residents” of the state. This order is according to the Situational President’s order mentioned in The Constitution (Applicable to Jammu and Kashmir) Order 1954. This order was issued by President Dr Rajendra Prasad of India on 14th May 1954 under Article 370.

This article gives freedom to the Jammu and Kashmir state to decide, who the permanent residents of the state are. This will further decide who is going to get the special rights and privileges like public sector jobs, acquisition of property in the State, scholarships and other public aid and welfare which and other special rights of the permanent residents of the Jammu and Kashmir.

The recent debates talk about the abrogation of both the Articles, 370 and 35 (A) because there are several clauses in these articles make the fundamental rights of Indian citizens, questionable. It makes the position of J&K state, more controversial.

If observed carefully, article 35 is avoided because it is not implemented by the Parliament. It was not put in from of the MLA’s for discussion. Article 368 (i) of the Constitution empowers only the Parliament to amend any Constitution. Here, the clause that is the president under this Jurisdiction or not questions. Here, if the president is also under this jurisdiction, Article 370 and Article 35 A are void.

A petition filed by the by an NGO presented their argument on the validity of these articles. It says that these articles create “a class within a class of Indian Citizens” and is against the “very spirit of Oneness”.

The abrogation is also asked to enhance the security of the state.

Who is a Permanent Resident of J&K?

Constitution actually defines a Permanent Resident as one who must be a citizen of India and a state subject on 14 May 1954 or a resident of the state for ten years and owns immovable property in the state.

For more such Informative Articles, stay tuned to Own TV.

What is the Financial Emergency: A brief explanation

What is the Legislative Council & how does it work?