Here is a list of events that happened on September 12

Every day has a uniquely important event in history. Let us explore some major events of September 12th. They come handy while preparing for competitive exams.  Let us take a look at what all happened on this day.

We all remember July 20, 1969, as it was the day when Neil Armstrong and Buzz Aldrin left footprints of humanity on the surface of the moon. But not many of us might not know what happened on September 12, 1959.

On 12th September 1962, Luna II originally named the Second Soviet Cosmic Rocket, was launched by NASA. The attempt to send probe crashing into the moon was for the 6th time, but Luna II was the first successful attempt for any nation, making it the first human-made object to reach the surface of another celestial body. The spacecraft carried sensors to study interplanetary space and sodium gas enable Earthbound observes to follow its progress.

On 12th September 1997, Mars Global Surveyor entered in the Mars orbit for the very first time by covering the distance of 43.5 crores km. The main purpose of the satellite was to study the entire Martian surface, atmosphere and interior and return more data about the planet than all other Mars missions combined.

Still, it was only available in certain places like churches, courts, offices, etc. In the long run, the first typewriter began production in late 1873 and was sold on 12th September 1873 and appeared on the American market for the very first time.

(visit Britannica to know more about the first typewriter)

STS-48 was a Space Shuttle mission that launched on 12 September 1991, from Kennedy Space Center, Florida. The orbiter was Shuttle Space Discovery. The primary payload was the Upper Atmosphere Research Satellite and the mission landed on 18 September at 12:38 am at Edwards Air Force Base on runway 22. The mission was completed in 81 revolutions of the Earth and travelled 2.2 million miles.

Five astronauts carried out a number of experiments and deployed several satellites. The total launch mass was 240,062 pounds and the landing mass was 192,780 pounds.

Read more: History of September 11th: National and International events that you need to know 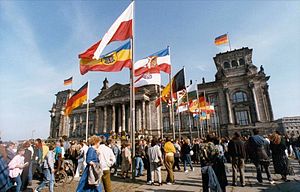 On 12th September 1990, negotiation took place between the Federal Republic of Germany and the German Democratic Republic, and the Four Powers which occupied Germany at the end of the World War II in Europe, France, the Soviet Union, the United Kingdom, and the United States.

In the treaty, the Four Powers renounced all rights they held in Germany, allowing a reunited Germany to become fully sovereign the following year.

On the other hand, Germany agreed to confirm its acceptance of its existing border with Poland and accepted that the borders of Germany after unification would correspond only to the territories then administered by West and East Germany, with the elimination and rejection of any other regional claims. 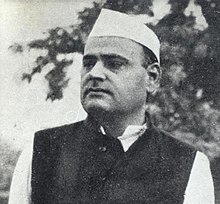 Feroze Gandhi was an Indian freedom fighter, politician, and journalist. He published the newspapers The National Herald and The Navjivan, he served as a member of the provincial parliament between 1950 and 1952 and later, a member of the Lok Sabha, the Lower House of India’s Parliament.