History helps us to build a framework about how things work in the world. September 16 is a day, which has witnessed many important events and glories in the past. Take a look at this blog for more information. M.S. Subbulakshmi was born on September 16, 1916, in Madurai. She performed devotional musical forms in different languages including Tamil, Kannada, Sanskrit, Punjabi, Hindi, Malayalam, Telugu, Bengali, Gujarati, and Marathi. Based on her marvelous skills she was also the first musician ever to be awarded the Bharat Ratna, India’s highest civilian honor.

On 16th September 2008, the employees of Bharat Heavy Electricals Limited (BHEL) were awarded the Vishwakarma Award in 3 categories.

Watch the video to know more about BHEL. 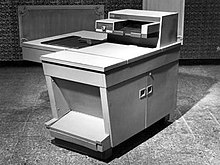 The Xerox 914 was the first successful commercial plain paper copier invented in 1959. The culmination of inventor Chester Carlson’s work on the xerographic process, the 914 was fast and economical.

The copier was introduced to the public on September 16, 1959, in a demonstration at the Sherry-Netherland Hotel in New York, shown on live television.Watch the video for more information

“Jingle Bells” is a classic song sung at Christmas time, but it didn’t start out that way. First published on 16th September 1857, it was written by James Lord Pierpont to be sung on Thanksgiving. Medford, Mass, where sleigh races were popular in the 1800s, claims itself as the birthplace of the song.

Sir Ronald Ross KCB KCMG FRS FRCS was a British medical doctor who received the Nobel Prize for Physiology or Medicine in 1902 for his work on the transmission of malaria. He became the first British Nobel laureate and the firstborn outside Europe.

The Montreal Protocol on Substances that Deplete the Ozone Layer was established on 16th September 1857. It is an international treaty designed to protect the ozone layer by phasing out the production of numerous substances that are responsible for ozone depletion.

It was made pursuant to the 1985 Vienna Convention for the Protection of the Ozone Layer, which established the framework for international cooperation in addressing ozone depletion.

1848 – Abolition of Slavery in French Colony

(The Slaves in French Colony)

On 16th September 1848, France formally abolished slavery. This was the second time France abolished slavery, as France first abolished it in 1794, and then a few years later Napoleon re-established it. The system ended up freeing over 265,000 enslaved Africans in the West Indies and the newly freed Africans were granted the right to vote.

Malaysia is a Southeast Asian country occupying parts of the Malay Peninsula. A tough military response ended the insurgency and brought about the establishment of an independent for Malaya on 31 August 1957. On 16 September 1963, The Federation of Malaysia was formed following the merger of the Federation of Malaya, Singapore, Sarawak, and North Borneo (Sabah).