Rani Gaidinliu was born on 26 January, 1915 at Tamenglong District of Manipur. She was from the Rongmei Naga tribe also known as Kabui. She did not have any formal education due to lack of school and colleges in her region. She was a Naga spiritual and political leader who led a revolt against British administration in India.

In 1930, at the age of 13, she joined the war of independence against British rule. For the next 3 years, she was committed to removing British rule from her region. At the age of 16 for this very reason, she was convicted of life imprisonment. She spent the next 14 years of her life in prison.

Her role in the Heraka Movement.

The Heraka movement was first started by her cousin Haipou Jadonang. Rani Gaidinliu played an active role and stood at the forefront during the entire movement. 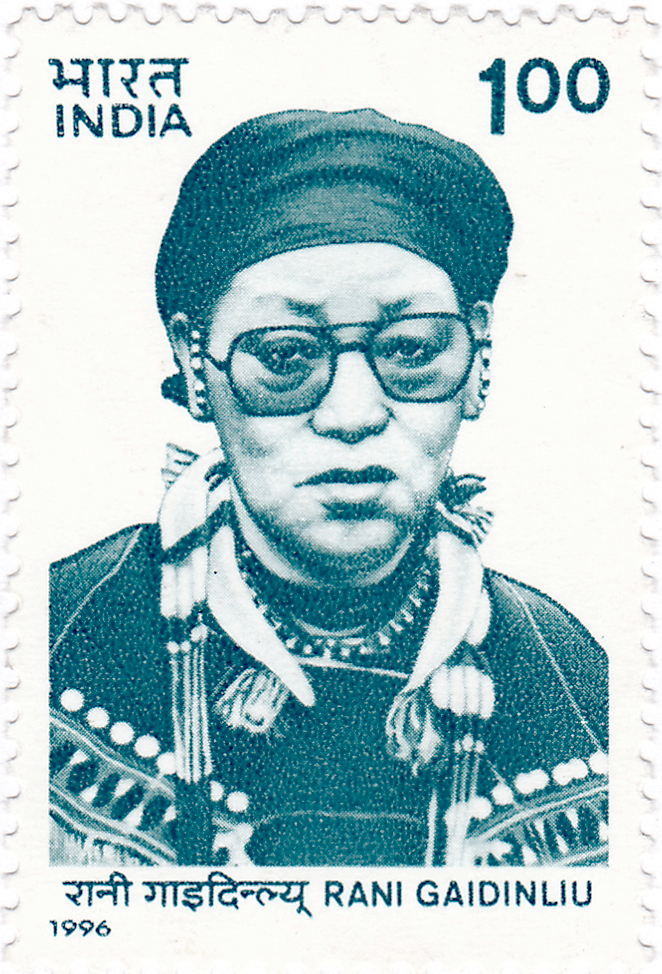 Heraka was a socio -religious movement which emerged on the territory of Zeliangrong in 1920. Heraka, which signifies pure, is a religious tradition wherein the ardent followers worshipped Tingkao Ragwang.

The inception of this movement was laid by Haipou Jadonang by opposing Christian missionary intervention and the reforms implemented by the British government. He observed the persecution of British officers who compelled the tribes to work hard and taxed every household on high annual taxes.

Rani Gaidinliu took the crown from her cousin to ensure that the movement does not die with Jadonang. As a leader of this social-religious movement, she linked her religious position as a patriot and constantly reminded people about Mahatma Gandhi’s effort for the nation. Perhaps, she encouraged her people to revolt against the British Administration.

Gaidinliu launched her variation of Non-cooperation Movement amongst the Naga Tribes. She ordered every household to refrain from paying taxes and made it extremely difficult for the British administration to operate in that area.

In 1932, Gaidinliu and her supporters were captured and driven to Kohima on foot and then Imphal where she was prosecuted for lifetime imprisonment. As she was convicted by the Political Agent’s Court for abetment of murder. Almost all of her close partners were either killed or jailed. In 1937, on the trip to Manipur, Jawaharlal Nehru met Rani Gaidinliu at the Shillong Jail and sought to look up for her release.

When India got its independence, Gaidinliu opposed the appeal of Naga National Council (NNC) for the independence of Naga territory from India. Instead, she formally demanded a specific Zeliangrong District within the territory of India. She also campaigned for the restoration of Naga tribal religion. For this reason, many Nagas themselves, who had become Christians in the 1960s, opposed her.

Read more: The adaptation of the Kyoto Protocol

She spent 6 years underground against the Naga rebels and came out of the shell in 1966, in compliance with the agreement with the Government of India. Afterwards, she began working for a separate administrative unit of Zeliangrong in a peaceful and democratic process.

She received the Tamrapatra Freedom Fighter Award in 1972. The Padma Bhushan in 1982 and the Vivekananda Seva Award in 1983.

In 1991, she came back to her home and died at the age of 78 on 17th February 1993. She was posthumously honoured with the Birsa Munda Award. To honour the legacy of Rani Gaidinliu the Government of India released a postage stamp dedicated to her in 1996.