Do you know about the Invasion of Chittorgarh? Read the blog to know more about it.

The Sino-Indian is also known as the Indo-China War was a war between China and India that started in 1962. The reason behind this war was the Chinese disputed Himalayan border. Notably, there are many other theories that talks about this war. Take a look at the article to know about it. 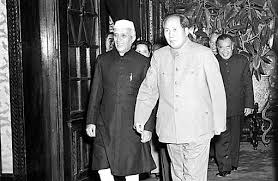 India was attacked on October 20, 1962, in what broadly came to be known as the Sino-India battle of 1962. The conviction of not ever being assaulted by China didn’t let the Indian armed force plan and the outcome was the stalemate between 10,000-20,000 Indian soldiers and 80,000 Chinese soldiers. The war proceeded for about a month and finished on November 21, after China announced a ceasefire.

How did it start?

Read more: October 19: A Day referred to the Discovery of Streptomycin 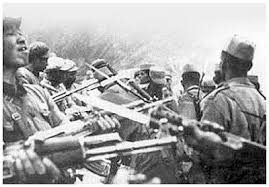 (A representation of War)

Other Events of this day:

3. Birth Anniversary of Sir James Chadwick  (1981) – Sir James Chadwick (20 October 1891 – 24 July 1974) was a British physicist who was awarded the 1935 Nobel Prize in Physics for his discovery of the neutron in 1932. In 1941, he wrote the final draft of the MAUD Report, which inspired the U.S. government to begin serious atomic bomb research efforts.