What is National Income? Tips & Tricks to calculate it

National Income is the total amount of goods and produced within the nation during the period say, 1 year. National income is also known as total of factor income i.e wages, interest, rent, the profit received by factors of production and factors of production are labour, capital,  land entrepreneurship of a nation. 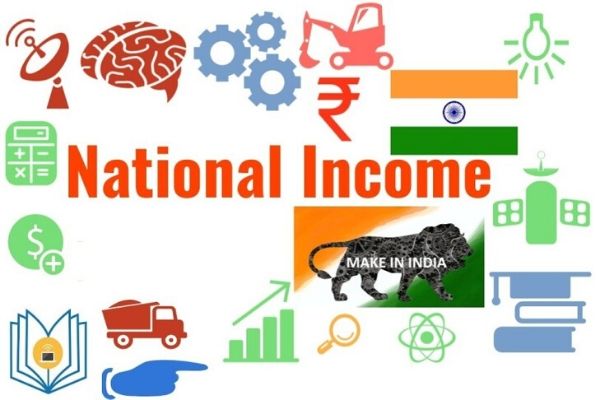 There are different concepts that come under National Income. It includes GDP, GNP, NNP, NI, PI, DI  and they all explain the economical factors.  N.I is for the particular fiscal year or financial year. In India, Financial year means the year from April 1st to 31st March.

The formula for calculating National income is as follows:

C here stands for consumption, I stand for total investment expenditure, G stands for the expenditure is done by the government, and X and M stand for export and import respectively.

Notably,X and M can be interchanged depending upon whether it is a trade deficit or trade surplus.  There are three main formulas to calculate National Income:

GNP of the country is measured by the income which is collected due to various factors of production that are owned by the residents of India.

It is the market value of the net output of final goods and services which are produced by an teconomy during a year and net factor income for abroad.

It is the income of individuals and all households of a country received from all possible sources before direct taxes.

What was the National Income of India in 2019?

A Brief Overview of the Banking and Finance sector of India

MONEY AND BANKING: Know everything about it