The Article deals with an important aspect Make in India – Its Vision, Sector Targets and Achievements.

With the objective of promoting India as an important investment destination and a global hub in manufacturing, design and innovation BJP led NDA government with Prime Minister Shri Narendra Modi has launched the “Make in India” initiative on 25th September 2014 from Vigyan Bhawan in New Delhi. It will be effective at national level, state level and in Missions abroad. From the Prime Minister’s Independence Day speech, the‘Make in India’ initiative originated where he gave a clarion call to ‘Make in India’ and ‘Zero Defect; Zero Effect’ policy.

Read more: What are the Unique Properties of Dirac Metals? 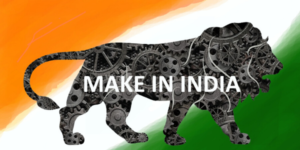 Make in India initiative aims to create a favourable environment for investment, development of modern and efficient infrastructure, opening up new sectors for foreign investment and forging a partnership between Government and industry through a positive mind set. The aim of this campaign is to grow the manufacturing contributionin national GDP to a 25%, as seen with other developing nations of Asia. It also aims at generating jobs, attracting greater foreign direct Investment and transforming India into a Manufacturing Hub across the globe.

The government of India has identified 25 priority sectors under Make in India campaign. These are those sectors where likelihood of FDI (foreign direct investment) is the highest.On the campaign launch, the Prime Minister Modi said that “the development of these sectors would ensure that the world shall readily come to Asia, particularly to India where the availability of both democratic conditions and manufacturing superiority made it the best destinations, especially when combined with the effective governance intended by his administration.”

The 25 priority sectors were-

Initially under Make in India initiative action plans for 25 sectors had been prepared and which after review is now focused on 27 sectors. 15 manufacturing sectorsunder Department of Industrial Policy & Promotion while 12 service sectorsDepartment of Commerce coordinates.

Some of the major achievements under Make in India initiative are:

Asia’s largest MedTech Zone (AMTZ) has been set up in Andhra Pradesh.

Investment promotional activities after launch of Make in India initiative are being undertaken by various Central Government Ministries, Departments and almost all State Governments from time to time.

History of May 31st: What all happened on this day?

History of May 30: What all happened on this day?

May 29 in history: What all happened on this day?

History of May 28: What all happened on this day?

History of May 27: What all happened on this day?