What all Administrative changes were made after the revolt of 1857

The next big task for the British after crushing the 1857 revolt was of reorganization of the entire Machinery of Administration. It was required to prevent the possibility of any such mass occurrence.

End of 1857 revolt marked the beginning of Crown rule and an end to Company rule that’s why British attitude changed towards each and every Indian element. Meanwhile, other industrial countries like the USA, Japan, etc. were also emerging and they started scramble of raw material and new markets for finished goods. 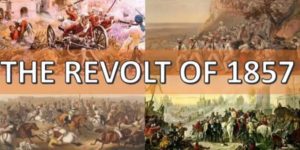 This gave birth to intense rivalry among imperial powers. New modern developments like Railways extension, trade and banking, coal mining, jute mills, telegraph, shipping and tea plantations were introduced on a smaller scale and were financed by the British capital funds brought from England to India.

Administration Under British Raj got divided into three levels-

In this way financial decentralization came with 3 divisions of revenue-

The reasons behind introducing such changes can be summed up as–

vSecondly – the government could no longer neglect these basic services in the wake of rising nationalists demands for the introduction of modern developments in civic life,

Thirdly – the changes brought by the industrial revolution in Europe made it imperative for the imperial nations to transplant them in the colonies too.

Lastly, some Englishmen had emphasized the need for the formation of these local bodies because they believed that this measure prevented the Indians from getting politically active in the social and political life.